Hey, I'm Dokugan (aka Doku) and I'm a Bureaucrat here at the Mech Mice Wiki! I am a Beta Tester for Mech Mice and a pioneer at Mech Mice Academy. I am also a regular active contributor at this wiki, so should you need any help in your wiki experience or Mech Mice don't hesitate to contact me on my talk page.

I am a big fan of video games and play them on my laptop or iPad. I like to outsmart/out-think games, allowing me to exploit glitches I find and out them to my advantage. If you want any gaming help, feel free to contact me, especially on Mech Mice and Academy! In 2008, my friend introduced to me Club Penguin. I really enjoyed the game, later moving onto several other video games such as ToonTown, Transformice, Clash of Clans, MapleStory, Mech Mice and many other fun and interesting games. Recently, I found out that Wikis provide a lot of imformation on the game. Also wanting to help other players, I joined the Clash of Clans Wiki and later, the Mech Mice Wiki. I always strive to be the top of each Wiki, though there are many troubles along the way! 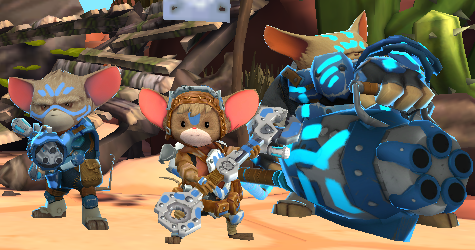 A rare image of the Admirals Nexon, Jett and Artemis together near the Academy.
The Dragonclaw Squad is neither friend nor enemy to the Mech Mice Order or Dark Union, prefering to take matters into their own hands under the command of their unknown leader, or FLeet Admiral, as their fellow squad members refer to, known under the alias 'Master Dragon'. His true identity is still to be uncovered.
Both the Mech Mice Order and the Dark Union do not consider the Dragonclaw Squad a threat, and both cautiously monitor the squad's actviity. The purpose of the squad is yet to be uncovered by Mech Mice recon and Dark Union spy bugs.
The Dragonclaw Squad prefers to deal with international and national complications, and creating peace on their own terms. Such an example would be the Isarian Invasion, an overwhelming and unknown force coming from the borders of Roden. The entire force was decimated in mere days, and recons assumed the Dragonclaw Squad responsible for the incident. It is assumed that Mechs were involved in the battle.
The Dragonclaw Squad are also considered bounty hunters, often demanding the Mech Mice Order and sometimes the Dark Union for heavy compensation after completing a certain deed, such as after chasing down the infamous, almost forgotten criminal, Warlord Drach by scouring the Blackpool Marshes or upgrading certain bugs and bugging it to leave a pre-rrecorded message for compensation.
The Dragonclaws are organized into ranking, as follows;
Fleet Admiral- The leader of the Squad, Master Dragon.
Adminral- The second in commands.
Commodore- The captain of squad sub-sections.
Ensign- All other members; lowest rank.
The Dragonclaw Squad's base of operations is located in Whitecliff Burrow, though the exact location is heavily unknown. Much information is yet to be uncovered by recon specialists and hijacked spy bugs, though it is known that they have an entire legion of Mechs for missions and operations.
>Access Profiles
>Admirals
>Commanders
>Ensign
>Admirals selected.
>Admirals
>Master Dragon
>Master Dragon is the Fleet Admiral of Dragonclaw Squad. His true identity is unknown and works extremely secretively, sending his orders through an anonymous proxy via an unidentified electronic device. His methods of concealing his electronic footprints is still yet to be uncovered by the Mech Mice Order's intelligence team. The only known sightings of Master Dragon was during the Narrowneck Ambush, being one the many mice present at the time.
Master Dragon is also occasionally sighted in the North Academy, more commonly known as the Academy using a common transforming device used by elite recons to disguise himself as a commander, engineer or heavy though rumors have spread that Master Dragon has the ability to disguise as a recon as well. The sightings of Master Dragon was intercepted through a hijacked small bug by the Mech Mice Order.
Master Dragon, though not classified as a true threat, is wanted by both the Mech Mice and the Dark Union.
>Nexon
>Nexon is the Admiral of the Dragonclaw Squad and a former elite Dragoon. His marksman skills is that of an elite recon and has been known to snipe recons offguard. He is a deadly opponent on par with Master Sith of the Lord Armada Triumvirate.
>Jett
>Jett is the Admiral of the Dragonclaw Squad and a former elite Engineer. She was the apprentice of Master Tate himself and was the key into constructing the Omega by passing a blueprint to Master Tate, with Gears as payment. She is a deadly opponent on par with Acolyte Traya of the Lord Armada Triumvirate.
>Artemis
>Artemis is the Admiral of the Dragonclaw Squad and a former elite Heavy. His deadly firepower is an essential part of any combat, and is infamous for charging into Furrleaf Forest single-handedly to retrieve Admiral Jett's core gear for her wrench. He is a deadly opponent on par with Sion of the Lord Armada Triumvirate.
>system lockdown. Continue?
>Farewell.
Community content is available under CC-BY-SA unless otherwise noted.

Ranked #1
on this wiki