Speed Boots are a special power-up only found in Capture The Flag in Mech Mice Academy. They will excessively boost a players speed for 5 seconds, which varies for each class (e.g. the Engineer would speed up much faster than a Heavy). Once used, it will take 20 seconds for that certain pair to become re-powered and ready to use again. 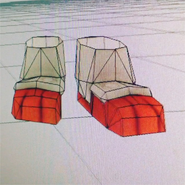 The Speed Boots while in development. 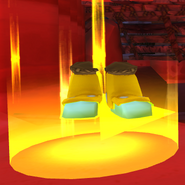