A Spawn Hatch is a metallic pad that is attached to the ground and generates bugs every turn. It will keep generating bugs until it is destroyed or until its 7 Hexagon radius is full. Spawn hatches first appear in Siege at Tumbleweed.

Big Bug Spawn Hatches spawn Scorpions after each Scorpion is destroyed and are heavily armored. They are very large and are very diificult to destroy, even for a Mech. They only appear in The Tables Turn; it is recommended to switch off the Spawn Hatch rather than taking it down. 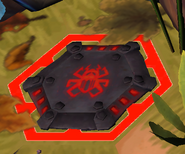 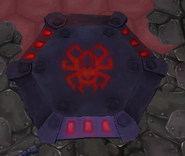 The Big Bug Spawn Hatch in The Test. 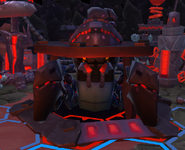 The Big Bug Spawn Hatch spawning a Scorpion.
Add a photo to this gallery

Retrieved from "https://mechmice.fandom.com/wiki/Spawn_Hatch?oldid=16016"
Community content is available under CC-BY-SA unless otherwise noted.