The Small Bug is one of the Dark Union's numerous reinforcements in Mech Mice Tactics. It is very weak and one shot from Blaze (or two shots from Dusty) can defeat a Small Bug. They can be enhanced and become purple Small Bugs, as seen when Queen Termina used Spawn Hatches to spawn purple Small Bugs to attack Blaze and Flank in the The Swarm. 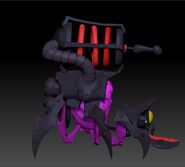 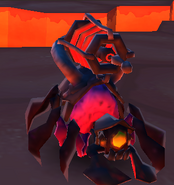 A Small Bug in Chapter 2 of Mech Mice.

Mr Buggington, a hijacked bug that Torq uses to help Dusty in Hold The Line.

All the Small Bug variants and types.