Rocketsnail Games is an online game company that was founded in 1999 by Lance Priebe, and is best known for their hit game, Club Penguin. The headquarters are in Kelowna BC, Canada. The company started off with their first game, Ballistic Biscuit. The company progressed steadily as Lance created more games, and hired friends as employees. The company practically shut down after the Walt Disney Company bought Club Penguin in 2007, but later opened up again in late 2010. The company currently has 9 employees as of 2013 before merging to Hyper Hippo Productions. They did this to create higher quality games at a faster rate, since they couldn't support creating Mech Mice Tactics by themselves.

Lance Priebe hasn't revealed any financial information about the company, though there are some reports about how much they'd earnt. The company evidently has enough money to build a new office. Also, Rocketsnail earned 350 million dollars after Disney purchased Club Penguin, allowing them for enough funding for Mech Mice.

RocketSnail Games can be contacted on Twitter, Facebook, and emailed: games@rocketsnail.com. They reply to most fan mail.

Lance Priebe has a website called Rocketsnail.com. It features 3 pages:

It also has two links to Hyper Hippo Productions and Mechmice.com. 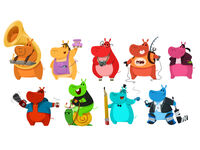 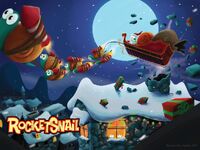