The Recon Unit is a stealth unit in Mech Mice Tactics. They are very accurate and sneaky, using stealth as its specialty. The Recon Unit uses Sniper Rifles as its primary weapons and has a power shot ability- crazy powerful slugs which can take down a medium-sized bug in one hit. The two known Recon Units are Dusty and Sigma.

Concept designs of the Recon Unit. 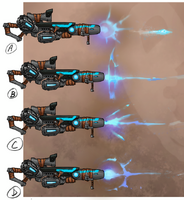 The playmodel of Dusty, a Recon Unit. 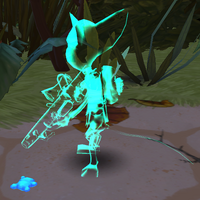 A Recon using the Stealth ability.

The Recon Unit using its power shot ability while being developed.

Sigma, the only other playable Recon Unit.
Add a photo to this gallery

Retrieved from "https://mechmice.fandom.com/wiki/Recon_Unit?oldid=17491"
Community content is available under CC-BY-SA unless otherwise noted.