The Pistol Blaster is a small, weak blaster used by Shield Grunt Units and Medic Units. The purpose of the blaster is to act as a secondary assault weapon to aid the primary tool, usually a passive tool such as wielding a Strong Shield or medical supplies which is why it is used by supporting units.

The blaster has a low range and does low damage, and rather acts as a secondary and last resort weapon then an actual assailing tool. 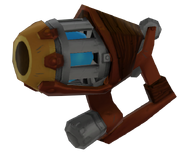 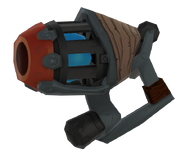 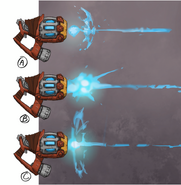 Concept art of the Pistol Blaster.
Add a photo to this gallery
Retrieved from "https://mechmice.fandom.com/wiki/Pistol_Blaster?oldid=16831"
Community content is available under CC-BY-SA unless otherwise noted.