Similar to all the other Founder Units, Pi is now available for all to use after a major update to Mech Mice Tactics.

To his friends he is jolly. To his enemies, he is pretty much a natural disaster. Like if you mixed a tornado and an earthquake together. An earthnado. Don't mess with him - he'll take you down. Easy as Pi. 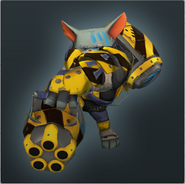 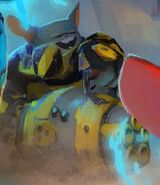 Pi as he appears in The Fall of Beta Squad. 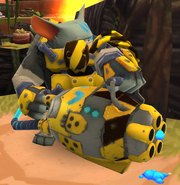