The first war of the Shards was fought all across Roden. But few places proved more crucial to the outcome than a small rocky pass called Narrowneck. 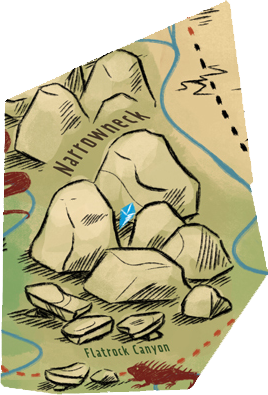 Narrowneck is the name of a long pass between the central rock lands that separate Misthaven from Dryseed Deadlands. Before the fall of Rustroot, the pass was a simple trading route and not widely known. During the war, with the Dark Union poised to attack Greystone Burrow, five Squads of mice under the command of Dragoon Bladeclaw caught the main Dark Union forces in a surprise attack launched from Narrowneck. When the Dark Union gave chase into the pass, Bladeclaw countered with another surprise ambush. The Dark Union lost over 1000 units in this single engagement. This proved once and for all that they could be defeated, and the war began to turn in the Mech Mice’s favour.