Mech Mice Tactics is a massive multiplayer tactical combat game (multiplayer is only available in Mech Mice Academy) created by Hyper Hippo Productions. The original name (simply Mech Mice) was announced March 15th, 2011, and concept art was revealed in late 2010 and early 2011. The original logo was proposed by Louda Media in March but the original logo was not fully adopted. Its placeholder name, Robots and Mice, was later changed to Mech Mice and then on March 1st, 2014, was changed Mech Mice Tactics.

Lance Priebe (aka Rsnail) decided to hire The Miller Brothers to write a book based on the game. The book, finished in February 2012, was released later, called Mech Mice Genesis Strike.

Mech Mice Tactics was originally first announced back in December of 2010 on the Rocketsnail blog. A few month's later the title of the game was first announced on March 15th, 2011. The beta was released on July 9, 2013 and ended October 7, 2013. It was then officially launched on October 8, 2013 as just Mech Mice. On March 1, 2014, they renamed Mech Mice to Mech Mice Tactics and released all units and chapters for all to use.

Mech Mice Tactics is a tactical strategy game about mice fighting against the Dark Union. Players each control a Squad of three Units (certain levels allow you to have more), each with different strengths and weaknesses. Players can play missions, earn Gears and unlock units. Players will also have the ability to battle each other in the future, though multiplayer is currently only available in Mech Mice Academy. The game is created for kids 10+, for cartoon violence (no official rating has been given). Apple has given Mech Mice Tactics (App) a rating of 9+ for Frequent/Intense Cartoon or Fantasy Violence for the Mech Mice Tactics (App).

Long ago, the creatures of Megiddo struggled for survival, forced to burrow in order to escape the harsh landscape and savage beasts who roamed the surface. But all of this changed when a colony of mice happened upon a mysterious shard of light and energy buried deep underground. This Shard forever changed the mice, granting them long life and advanced knowledge.

In time, more shards were discovered by the colony further enhancing their strength and abilities. They became the Mech Mice, guardians of the shards and protectors of innocent creatures everywhere.

Today, the Great Colony flourishes but there are some who wish to control the power of the shards for a darker purpose...

Mech Mice Tactics is a strategy game for players young and old. A combination of board game think-and-move with a thrilling action packed story, each chapter introduces new characters, challenges, epic battles and also includes:

Mech Mice is created by Hyper Hippo Productions, and is committed to creating safe, friendly and entertaining environments for kids. Check out our website to learn more.

Select your units, assemble a squad of meched out mice, and lead them into splatterific turn-based battles against sinister swarms of mutant cybug armies. As a member of the Mech Mice order, you are called to defend the innocent creatures of Roden from the Dark Union.

The team first makes a map of the level/mission, and then create illustrations based on the level. The team then creates a 3D wire-frame, that depicts where squads can move, and the environment. After that the team draws sketches of details for the map, like rocks, logs, trees, etc.

The game started Beta Testing on July 9, 2013[1], and everyone was allowed to help to test it. As regular users were allowed to play on the first few levels, Founders were granted full access to all levels available at the time.

Concept art of the characters in the book.

The producer of Mech Mice. 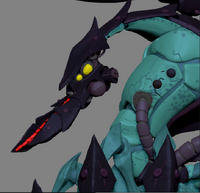 The beta gameplay of the first mission in Mech Mice 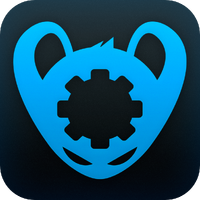 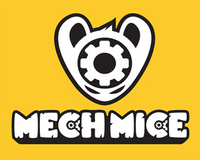