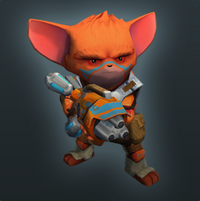 Not to be confused with the Commander (Player) or the Dragoon.

The Commander Unit, or Dragoon, is a Store Unit in Mech Mice Tactics. The Commander Unit plays the role of the leader of the squad, and is a more powerful version of the Grunt Unit. The Commander Unit was first revealed on Mech Mice's Facebook Page on October 15th, 2012, and more previews of it were shown throughout the following week. The only known Commander Unit is Turner. Their special ability is smoke grenade – the commander creates a smoke screen that obstructs and stuns enemy units, but permits friendly units.

Full view of the Commander Unit.

The Commander 3D Model from a different perspective. 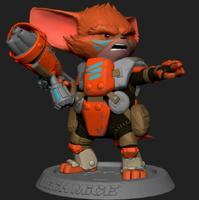 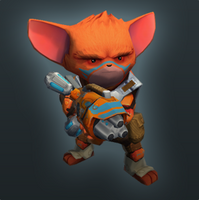