Algernon's Laboratory is the fourth level of Chapter Two of Season One. It is the third boss battle in Mech Mice Tactics. It was released on September 25, 2013 during the Beta Test, and offically released on October 8, 2013, the same day Mech Mice Tactics launched. In this level, you battle FrankenBug in a seemingly empty lair.

An unknown enemy leader has stolen Mech Mice technology, and the missing Engineer cannot be rescued without it.

Seek out the stolen Dynamo Gear, and escape. Try not to engage the enemy. 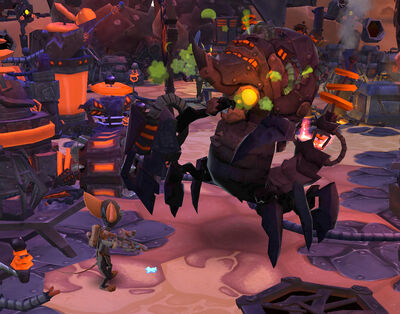